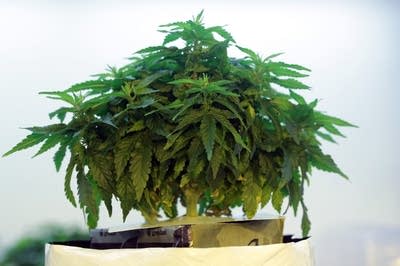 Minnesota has had a medical cannabis law on the books since 2014. But it's one of the nation’s most restrictive because it only allows for the delivery of cannabis in liquid, oil and pill forms. If Gov. Tim Walz signs the bill as expected, the law will soon allow for the combustion of dried raw cannabis.

Terminal illness, with a probable life expectancy of less than one year — only if your illness or its treatment produces one or more of the following: severe or chronic pain, nausea or severe vomiting, or Cachexia or severe wasting

Conditions eligible to be treated with medical cannabis in Minnesota

The addition of the use of the raw cannabis plant is expected to bring down the cost for patients in the state program and make the product more accessible.

Rep. Tim Miller, R-Prinsburg, spoke against the medical cannabis provision in the House, saying the move was dishonest and went through the backdoor.

The Minnesota statute lists Marijuana as a Schedule 1 controlled substances.

Possession of paraphernalia is a petty misdemeanor punishable by a maximum fine of $300.

This state has medical marijuana laws enacted. Modern research suggests that cannabis is a valuable aid in the treatment of a wide range of clinical applications. These include pain relief, nausea, spasticity, glaucoma, and movement disorders. Marijuana is also a powerful appetite stimulant and emerging research suggests that marijuana’s medicinal properties may protect the body against some types of malignant tumors, and are neuroprotective.