Put “the scientist” on this list. It covers the life and study made by Raphael Mechoulam discovering the cannabis compounds and the ecs. Very motivating

Doug Benson’s answer to the film “Super Size Me” is one of the funniest documentaries there are about cannabis. “Super High Me” stays true to the original as Benson consumes cannabis non-stop for 30 days and takes various tests to check the effects on his body and mental wellbeing. Before the experiment, Benson abstained for a month.

We have our documentary “cannabis the story” coming out on 4/20/20 and you can see some footage and the trailer here at http://www.cannabisthestory . Also at http://www.nectarball
Sensi seeds and 165 others are featured in the interviews. let us know what you think as we are still editing it as we speak. Thanks Mark & Patty

Interesting fact: the narrator is the actor Woody Harrelson

Here is another documentary film on Cannabis.

Interesting fact: a parody of “Super Size Me” by stand-up comedian Doug Benson

Hey If you haven’t seen it check out the documentary Rick Simpsons Run From the Cure https://www.youtube.com/watch?v=khkEpKM93k8 It is a MUST SEE! 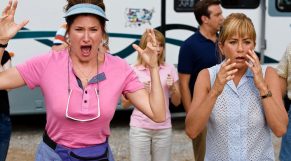 There should be at least one cannabis documentary on your list, and it should be The Culture High , a 2014 feature-length film all about marijuana prohibition and the war on drugs in the U.S. It’s the sequel to the 2007 documentary The Union: The Business Behind Getting High, so if you haven’t watched that yet, that’s a good place to start.

The plot involves a server of process (Rogen), the person who serves people with lawsuits, and a marijuana dealer. They go on a hilarious adventure after witnessing a murder by a hitmen and a corrupt police officer.

The plot is based on two stoners, played by Cheech & Chong, who accidently smuggle a marijuana van from Mexico to L.A. The catch is that the van is made entirely of marijuana. As is common in 70’s comedies, there’s an incompetent police officer on their trail. Together, it’s a recipe of hilarious misadventures.

The original Harold & Kumar film begins with this 2004 film. What happens when you mix two stoned guys and the fast food chain White Castle? A sequence of silly misadventures, of course. Their comical adventures include feeling from the police (many times), being knocked out by a tree branch, running from a cheetah, and even a little romance.

Starring Jennifer Aniston, Jason Sudeikis, Emma Roberts, and Will Poulter, We’re the Millers is about a small-time marijuana dealer who creates a devious plan to smuggle pot over the Mexico border. He asks his neighbors to help him by pretending to be part of his family.

With this growing interest in cannabis, we’ve seen a lot more of it in the media. Cannabis lovers will enjoy sitting back and watching a few classic cannabis-themed movies in 2020 and to try a detox pill go to this page.

As you can imagine, these four personalities make a great comedic quartet, and this 2013 film directed by Rawson Thurber received great reviews. It grossed $270 million, an impressive box office margin compared to the $37 million budget. It was also nominated for four People’s Choice Awards. It also won two MTV Movie Awards and was nominated for 4 more.

Cheech & Chong: Up in Smoke

The film received great reviews and grossed more than $102 million worldwide. Franco was nominated for a Golden Globe for his performance.

He’s mistaken for a millionaire with the same name, whose wife is kidnapped. The Dude must find a way to save the wife before it’s too late, and he uses his bowling buddies to help him out.