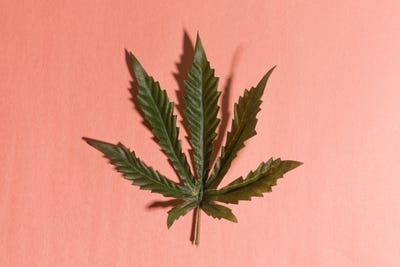 Marijuana legalization is spreading around the US.

See all the states where marijuana is legal:

New Jersey was one of four states, along with Arizona, Montana, and South Dakota, where voters backed legalizing recreational cannabis in November. Voters in Mississippi approved the creation of a medical cannabis program.

Weed is so normalized in America that it’s hardly cool anymore. Once Martha Stewart, Elon Musk, and your aunt—not even the eccentric one—started talking about marijuana like it was ibuprofen, it felt like it lost its gloried grunge. Long gone are the days of dirty bongs, replaced by high-brow smoking accessories and a trove of luxe edibles. Oh, and hundred-thousand-dollar bongs that are coveted like art, because they are art. The industry is dabbling in non-alcoholic THC beverages, and the country’s first-ever weed restaurant, where you can smoke and dine in public without feeling anything more than your regular dose of paranoia, opened in West Hollywood.

• It is legal for adults 21 and over to possess up to 1.5 ounces of marijuana in public or up to five ounces in private.
• It will remain illegal to grow marijuana plants at home until July 2023. However, registered medical marijuana patients will be permitted home cultivation in fall 2021.

• It is legal for adults 21 and over to possess up to one ounce of marijuana in private.
• It is illegal to grow plants.

Once any type of decriminalization legislation sits on President Biden’s desk, he’ll sign it. He’s made that clear. He’s also made it clear he understands the looming injustices of drug law enforcement, particularly in Black and brown communities. But many advocates for drug policy reform say full legalization with social justice safeguards built in is the best thing America can do for itself right now. Biden? The guy does not seem convinced. Whether he becomes convinced or not, Senate Majority Leader Chuck Schumer is getting ready to reveal legislation calling for federal marijuana reform that goes beyond mere decriminalization.

While he was in his Attorney General post, Jeff Sessions—Remember him? The flaming racist who thinks “good people don’t smoke marijuana?”—rescinded an Obama-era memo that protected states where marijuana was legal from most federal prosecution. That about summed up the lack of forward movement during the Trump years. (Trump did, it should be noted, think marijuana makes people “lose IQ points,” a fact we present without comment.) But more and more politicians on both sides of the aisle are in favor of decriminalization. In December, the House passed the MORE Act, which would decriminalize marijuana nationally, lead to expunged records for federal cannabis offenses, and set aside money for underrepresented communities in cannabis industry. It was welcomed by a slim Democratic majority when it hit the Senate, where it’s in committee.